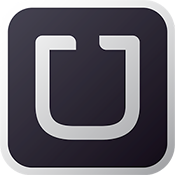 ltimately, the politics of privacy and exclusivity are a developing theme surrounding apps, as well as new business models that compete with old paradigms and established interests. Some good examples are the new apps invading the realm of public and commercial transportation. Much to the chagrin of the taxi cab industry, ride sharing apps like Uber give individuals the opportunity to share rides for hire, using GPS to locate riders and match them to the nearest available driver. It also gives you a way to track the driver en route to pick you up, along with your driver’s name and vehicle identification. You get a text when they arrive, and the chance to call or text them, if necessary, while they’re on the way. Rates for your city are posted on the app, and you can enter your origin and destination points to get a price quote for the trip. Payment is also convenient: the trip is charged to the credit card you’ve filed with Uber, and they e-mail your receipt. You can split your fare with friends who ride along, and even rate your driver. Uber offers a glimpse into a new way to look at commerce and community.

There are even more specific examples of community considerations in cab services. Noted in the September 27 issue of The Economist, apps for women-only cab service (drivers and riders) have been introduced in New York City under the name SheRides, and SheTaxi in Westchester County and Long Island. The launch has been slowed by the immediate demand, while they look for 500 drivers to fill the initial need. Male taxi drivers object, as do some male riders, who themselves might also prefer a woman cab driver. As the Economist notes, woman drivers have a better accident record in New York, and some men just prefer to be driven by a woman. But for now, that will have to be left to chance, as the women-only services are clearly marked and men are directed to other services. The business model has already worked in other cities around the world, where religious beliefs forbid many women from traveling with unrelated men, and other women can find safety in exclusivity. 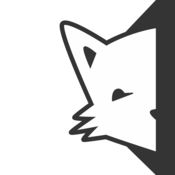 National Public Radio has also reported on some cities that offer still another example of safety in exclusivity, and safety in community: an app that specifically offers rides to transvestites and other associated workers, a group that is often denied transportation in traditional taxis, and finds comfort in being transported by drivers they trust. Protection for the vulnerable, exclusivity for the excluded, and the comfort of self-sequestered communities are some of the advantages of apps in transportation, and apps in general.

Beyond transportation, anonymous apps like Secret, Whisper, and YikYak service self-created small communities with secret apps, where users set up chats within a designated community, encouraging anonymous commentary, or semi-anonymous commentary. Users know who is in the group, and may be able to exclude one another as time goes on, which some critics say can contribute to bullying, and which might seem self-defeating in terms of encouraging community if it’s poorly used.

Recognizing the advantages that apps can offer all types of communities, The Knight Foundation, along with the FCC, has sponsored the Apps for Communities Challenge, offering up to $100,000 in prizes for app developers who can develop ways to make local public information more accessible to under-served communities. Connecting people to public transportation is one possibility, or connecting townspeople to local businesses and healthcare services. Local approaches that can be adapted nationally, the initiative is intended to give communities more effective collaboration with government. It’s a recognition that the possibilities for apps to contribute to small communities, and society at large, are endless, and, as we’ve noted before, an endless source for making the world a better place.