The New York Times reports that Google has entered a partnership with the largest eyeglass company in the world, Luxottica Group, to design, manufacture and distribute frames for Google Glass, adding another piece to our on-going discussion here at Mobile Mind regarding the future of wearable computers. The Times also pointed out that some bars have banned patrons from wearing Google Glass, lawmakers see them as a distraction to drivers, and Homeland Security recently interrogated an Ohio man who was removed from a theater for wearing them.  Questions about security, safety, and copyright infringements abound. 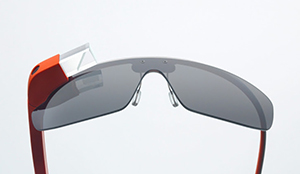 Adding Ray-Ban and Oakley frames to Google Glass represents an effort to overcome the fashion objections.  But we see additional market challenges to Google Glass, as well as some unmentioned opportunities.

Beauty may be in the eye of the beholder, but the acceptance of Google Glass may depend upon which side of the lens you’re on. This is where we see a particular advantage for Google Glass, not as a fashion statement, but as an occupational tool. Where the public senses a reasonable expectation or rationale for scrutiny, like in medicine or law enforcement, they might be more receptive to being observed through a smart lens by a doctor or a first responder in an emergency, rather than a creep on a barstool. In fact, Google Glass on the other side of the bar could afford wait staff (or bouncers) another chance for ID verification and a reduction in liability, if patrons could accept that. We think Google Glass could serve as a valid diagnostic tool for medical professionals, and an aid in reviewing and organizing cloud-based medical and insurance records. They might even enhance your doctor’s powers of observation, noting changes from one visit to the next. Of course, if you’re already intimidated by the State Trooper approaching your car in dark glasses, imagine the extra apprehension and sense of resignation when you know behind those shades he’s gathering information about you, your vehicle, and your passengers. 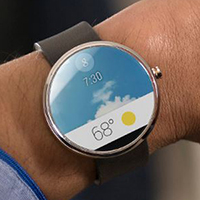 Or imagine Google Glass for TSA when you’re standing in the security line at the airport. Questions about profiling are reduced or eliminated if we’re all caught in the same Net. That friendly chat with the gate agent could have new implications when they add facial recognition and biometric readings for all: an arbitrary intrusion or the democratization of scrutiny?

As for “the masses”, we think they’ll see particular advantages over Google in owning one of the many smart watches about to flood the market. For instance, we don’t anticipate anyone being pulled over (or punched out) for checking their watch. And their low profile should serve as a plus versus the more conspicuous hand-held or nose-perched devices. Of course, we look forward to the expansion of wrist-worn devices as flexible displays are improved, allowing them to be embedded in a sleeve or other parts of clothing. Then the question will move from “What are you looking at?” to “What are you wearing?”