Google’s Nexus phones and tablets are currently hot sellers.  All models feature Wi-Fi and Bluetooth but the Nexus 4 and some Nexus 7 models are also compatible with HSPA+ wireless networks.  But what exactly is HSPA+?  This question is not an uncommon one, particularly here in the United States where we are more familiar with its predecessor, 3G.   HSPA+ stands for Evolved High-Speed Packet Access and is a wireless communications standard that enhances the data speed of 3G networks.  In fact it is considered the pinnacle of speed for 3G networks. 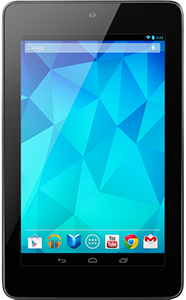 What makes HSPA unfamiliar in the US is how the technology is presented by the two biggest carriers, AT&T and T-Mobile.  Both carriers use the term “4G” to refer to their HSPA+ networks, though this is not to be confused with the term “4G LTE”.   LTE stands for Long-Term Evolution, a wireless communications standard based on the GSM/EDGE and UMTS/HSPA network technologies.  So in actuality both of these terms refer to 3G, not true 4G, or fourth generation, mobile communications technology standards.

So how does HSPA+ compare to LTE?  In terms of speed HSPA+ offers up to 42 Mbps downloads and 11.5 Mbps uploads while LTE can potentially deliver speeds of 300 Mbps for downloads and 75 Mbps for uploads.  But realistically a typical user can expect up to 10-15 Mbps download speeds for HSPA+ with that currently being the lower end for 4G LTE users.   However 4G LTE service requires the building of completely new infrastructure and so is still limited in availability outside the United States and even in some areas within the US.  Whereas HSPA+ is available to all current 3G networks which provide the majority of coverage around the world, particularly Europe, Asia and South America.  So although the Nexus line of devices may represent the perfect marriage of the Android OS with mobile hardware, consider your network options for your location or travel destinations before you purchase.